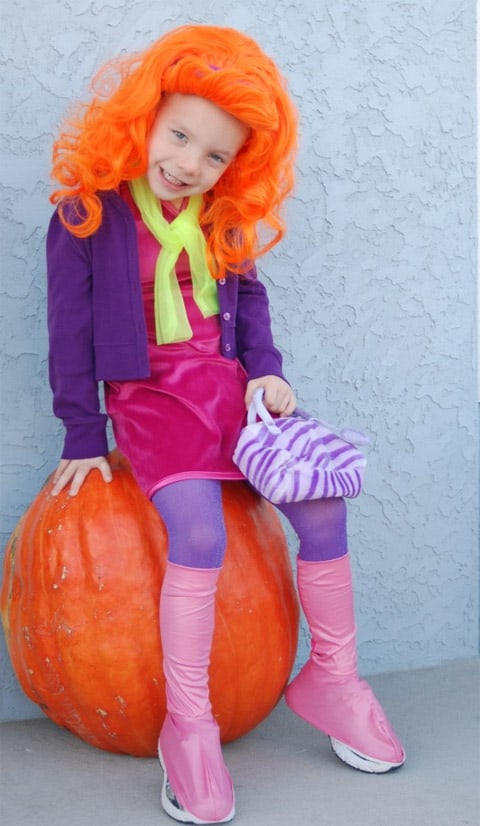 A mom celebrates her son's wish to dress up as Daphne from Scooby Doo at Halloween, and describes the days leading up to, as well as, his arrival at school on that day:

And that’s where things went wrong. Two mothers went wide-eyed and made faces as if they smelled decomp. And I realize that my son is seeing the same thing I am. So I say, “Doesn’t he look great?” And Mom A says in disgust, “Did he ask to be that?!” I say that he sure did as Halloween is the time of year that you can be whatever it is that you want to be. They continue with their nosy, probing questions as to how that was an option and didn’t I try to talk him out of it. Mom B mostly just stood there in shock  and dismay.

And then Mom C approaches. She had been in the main room, saw us walk in, and followed us down the hall to let me know her thoughts. And they were that I should never have ‘allowed’ this and thank God it wasn’t next year when he was in Kindergarten since I would have had to put my foot down and ‘forbidden’ it. To which I calmly replied that I would do no such thing and couldn’t imagine what she was talking about. She continued on and on about how mean children could be and how he would be ridiculed.

My response to that: The only people that seem to have a problem with it is their mothers.

Another mom pointed out that high schools often have Spirit Days where girls dress like boys and vice versa. I mentioned Powderpuff Games where football players dress like cheerleaders and vice versa. Or every frat boy ever in college (Mom A said that her husband was a frat boy and NEVER dressed like a woman.)

But here’s the point, it is none of your damn business.

If you think that me allowing my son to be a female character for Halloween is somehow going to ‘make’ him gay then you are an idiot. Firstly, what a ridiculous concept. Secondly, if my son is gay, OK. I will love him no less. Thirdly, I am not worried that your son will grow up to be an actual ninja so back off.

And my little man worked that costume like no other. He rocked that wig, and I wouldn’t want it any other way.