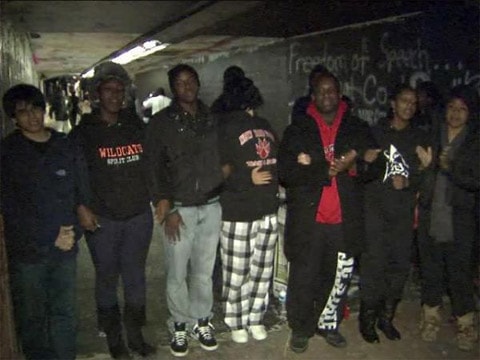 Students at North Carolina State Univeristy in Raleigh have vowed to block a tunnel near campus until the school offers a solution for preventing hate speech from being written there:

"About 40 students painted the tunnel black overnight to protest racist and homophobic graffiti involving President Barack Obama painted there earlier this week. Slurs and the name 'Obama' were painted over the picture of a black man. 'It's about the N-word. It's not about Obama. It's about racism, period,' N.C. State sophomore Monique Bonds said. The protesters also stood locked arm-in-arm, sang and prevented anyone from passing through the tunnel."