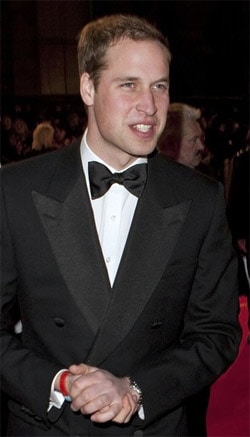 Video: On Germany's Got Talent, a male contestant stripped nude and lit a firecracker in his ass.

Gay groups protest zoo's decision to split gay vulture couple and mate one of them with females.

Scientists: Discovery of new dimensions may come next year.

El Paso, Texas City Council to consider overturning voter-approved ban on medical insurance benefits for domestic partners: "The city council on Tuesday was scheduled to take up the issue. Voters on Nov. 2 decided to end such benefits for 19 gay and unmarried partners of city employees." 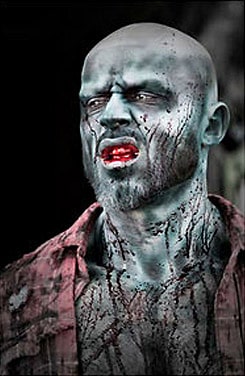 Polish gay activist Robert Biedroń brutally beaten by police while observing radical right-wing march: "They took out individual people, including me, from the crowd. But the worst thing happened in the police car.  There, I was left alone with an officer.  And, in simple words, I was brutally beaten. I’ve dealt with human rights protection for many years now and I'm devastated by what happened."

South Park sued for ripping off 'What What (In the Butt)'.

Texas radio station KLIF host Chris Krok to apologize for attack on Fort Worth City Councilman Joel Burns. "On behalf of Joel and the many others whose life stories intersect with his, GLAAD made a phone call this afternoon to Jeff Catlin, the operations manager for Cumulus Media Dallas, KLIF’s parent company.  The conversation was a productive one; Catlin both understands and shares our concern.  As the person who oversees KLIF, Catlin acknowledged that he has the 'responsibility to be responsible' for what airs on the station." 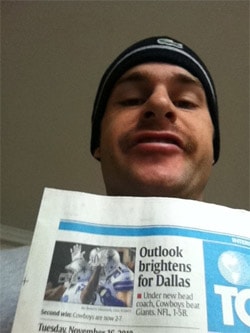 Andy Roddick's pornstache: "sporting a mustache for the next 2 days cause of a bet…. it is a horrendous look for anyone not named tom selleck or burt reynolds"

917 dead as of Friday in Haiti cholera outbreak.

Gareth Thomas to take Rugby League equality campaign to Parliament: "The RFL, who claim to be the first UK sport to tackle homophobia head on, will make a presentation on the subject at the House of Commons at an event hosted by Leeds MP Greg Mulholland. Thomas, who switched codes with Wrexham-based Crusaders earlier this year, announced he was gay last December and has since become an active campaigner on equal rights."