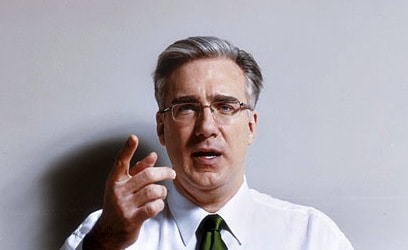 Soon after after Keith Olbermann tweeted that he's alive and well, MSNBC announced late today that he will be back on the air in just a couple of days. The cable news network's president, Phil Griffin, feels as if the Countdown host has been punished enough:

"After several days of deliberation and discussion, I have determined that suspending Keith through and including Monday night's program is an appropriate punishment for his violation of our policy. We look forward to having him back on the air Tuesday night."

Do we have Rachel Maddow to thank for this?