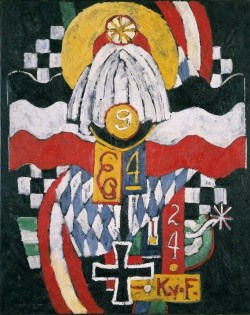 Tyler Green at Modern Art Notes reviews the National Portrait Gallery's new exhibition about coded gay and lesbian references Hide/Seek, and says it's one of the best exhibitions of the year.

L.A. Gay & Lesbian Center cuts ties with Hyatt Regency Century Plaza Hotel over union disputes: "Some Latino LGBTs and union supporters suggested  racism and classism was at issue and blasted the Center for failing to stand with an important progressive ally, regardless of the sacrifice the Center might have to make."

Check out the new teaser trailer for Daniel Craig's Cowboys and Aliens.

Texas KLIF radio host Chris Krok apologizes for attacks on Fort Worth City Councilman Joel Burns: "When there’s something sensitive about people [their experience with bullying, thoughts about/attempts at suicide, etc.], that’s where you need to have sensitivity and for that [lack of sensitivity] I apologize…A gay person is worth no more or no less than I am.  God loves gay folks just as much as he loves me." 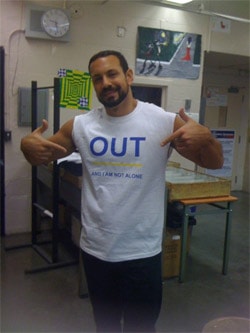 Last week's mystery missile contrail, as seen from space: "The image bears out the theory that the contrail was caused by a plane, says a NASA researcher."

Portia de Rossi is demanding female interviewers on Australian book tour. She's also stepping up to criticize PM Julia Gillard on gay marriage: "I always thought Australia would pass this equal rights law long before America would. I'm a little bit disappointed with the new Prime Minister. I'm hoping that Australia will be a leader on this."

David Mixner looks ahead to the 2012 Presidential election: "You think Sarah is bad on LGBT issues? Listen to where the former Governor comes down on our issues…This man is a charmer like Reagan but he is more dangerous than Palin or Gingrich. We should not be diverted from this Good Ol' Boy simply because Sarah is showing us some grizzlies. She is a lightweight. Huckabee is the real bear." 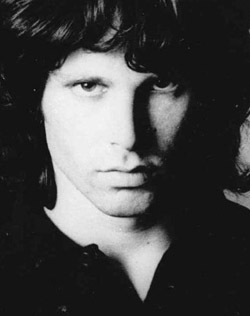 Student body president at Fort Lewis College in Durango resigns and is arrested by police for false reporting: "[Alray] Nelson, who is openly gay and Navajo, reported several bias-motivated threats against him, including notes left on his car, harassing text messages sent to his cell phone and harassing e-mails."

Donald Trump may run for President.

"Sexual Orientation" removed from UN resolution on Extrajudicial Executions: "The International Gay and Lesbian Human Rights Commission (IGLHRC) and ARC International issued a press release today exprssing deep disappointment with yesterday’s vote in the Third Committee of the United Nations General Assembly to remove a reference to sexual orientation from a resolution on extrajudicial, summary or arbitrary executions. The resolution urges States to protect the right to life of all people, including by calling on states to investigate killings based on discriminatory grounds. For the past 10 years, the resolution has included sexual orientation in the list of discriminatory grounds on which killings are often based."

Previous Post: « Watch: Isabella Rossellini Has Her Eye On Hot Gay Dolphin Action
Next Post: Towleroad Guide to the Tube #783 »