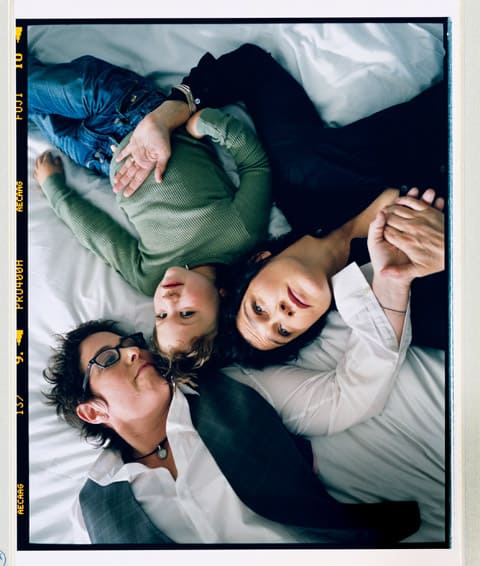 The Kids Are All Right director Lisa Cholodenko appears with her partner Wendy Melvoin and their son Calder in the new 'Family Issue' of W magazine (warning: first image nsfw). Cholodenko conceived Calder through a sperm donor after she and Melvoin debated going that route or ask a male friend. Their debate spawned the idea for this year's well-received film (which is out on DVD this Tuesday!).

Also featured in the issue is Precious director Lee Daniels and his kids.

Previous Post: « Towleroad Guide to the Tube #776: It Gets Better Edition
Next Post: Watch: New Pet Shop Boys Video ‘Together’ »