Outgoing Governor David Paterson has given up on marriage equality in NY, at least on his watch: 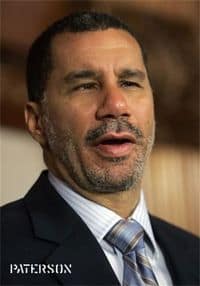 Mr. Paterson described his frustrations over the defeat of the legislation, which was one of his top priorities, as he reflected on his legacy during an appearance on Tuesday evening at the Yale Club in Midtown Manhattan. He also criticized those who led the lobbying effort for its passage, saying they had pushed for action prematurely.

The governor said he had polled lawmakers in the past week to see if he should “take one more shot at marriage equality.” He cited the probability that the State Senate would switch to Republican control in January as a reason to push the bill now.

Whatever the extent of Mr. Paterson’s inquiry, the responses he received evidently were not encouraging. The measure was not among the items he placed on the agenda for the special session he called on Monday, and he has indicated that, barring any unforeseen developments, he does not intend to call lawmakers back to Albany again before year’s end.

Paterson vowed to remain steadfast on the issue, even after leaving office:

“It’s probably the one issue that I will keep replaying in my mind because I really wanted it to happen on my watch as governor,” he said. “But I will come back — free of charge, by the way — to lobby the next time it comes up.”