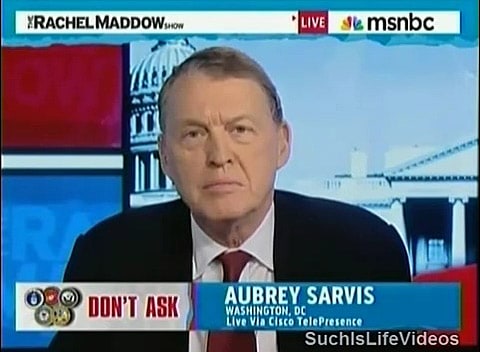 Last night, Rachel Maddow recounted the events yesterday that led to the failed Senate vote on the Defense bill and 'DADT' and discussed renewed hopes for a stand-alone bill.

She brought in Aubrey Sarvis, executive director of the Servicemembers Legal Defense Network, who said that S4022, the new bill, the "Don't Ask, Don't Tell" repeal act of 2010. has a "good chance" of passing in the lame-duck.

I'm sure we'll be hearing more from Sarvis later today at the noon rally outside the Senate, which you should attend if you're in the D.C. area.