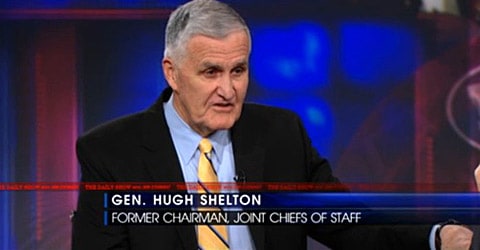 Shelton says he agrees with the Chief of the Army and the Marine Commandant and is concerned by how a quick 'DADT' repeal might "break the elements" that contribute to military readiness.

In unrelated news, Shelton alleges that the U.S. considered shooting down a U.S. pilot to start a war with Iraq under the Clinton administration.