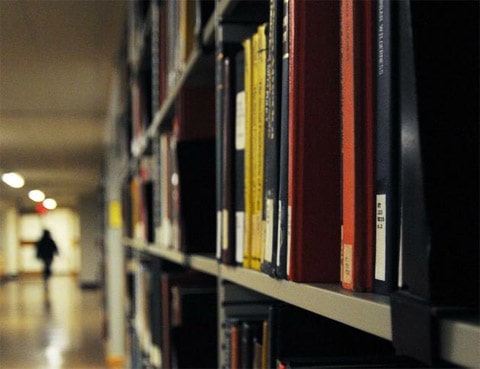 HUPD spokesman Steven G. Catalano wrote in an e-mail that the vandalized books' subject matters included lesbian and gay issues and same-sex marriage. Due to the nature of books, HUPD is currently investigating the incident as a bias crime.

"The HUPD has zero tolerance for any bias-related incidents or crimes," Catalano said.

"Harvard College will not tolerate acts of vandalism, especially those that appear to be motivated by hate or bias," Harvard College Dean Evelynn M. Hammonds wrote in an e-mail to The Crimson. "[As] a community, we will continue to affirm our shared values of dignity and respect for everyone in our community."

The library staff members found an empty bottle next to the vandalized books that may have contained the urine, according to Harvard College Library spokeswoman Beth S. Brainard. The staff initially responded to the incident as a health hazard, quickly removing the bottle and relocating the damaged books to the Collections Conservation Lab on Level D of Widener Library.

The value of the more than 40 books which were destroyed was assessed at several thousand dollars.