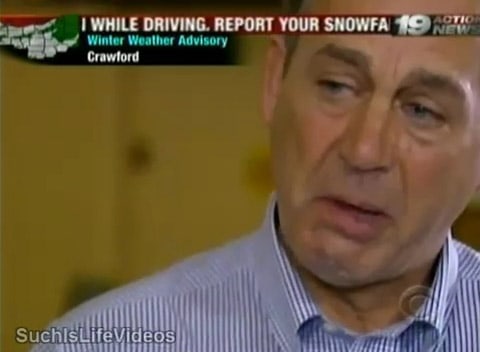 Incoming House Speaker John Boehner trotted out what some have called the "lame" tears again in a 60 Minutes interview last night.

Said Boehner: "I think you probably found out by now, I'm a pretty emotional guy…There's just some things that trigger real emotions. I was trying to talk about the fact that I've been chasing the American Dream my whole career….I don't take myself very seriously, but I take what I do very seriously…Making sure that these kids have a shot at the American Dream like I did is important."

In related news, Politico reports that the White House has launched a "charm offensive" to welcome the new group of Republican overlords to the House: