Carl Siciliano, Executive Director of the Ali Forney Center, which provides shelter and services for homeless LGBT youth, is furious at NYC Mayor Michael Bloomberg for an "It Gets Better" video the mayor released earlier today, in which he urged bullied gay youth to come to New York City where they would be accepted.

Siciliano explains, in a statement: 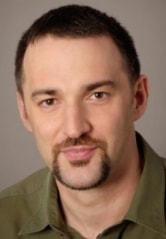 "Two days after slashing support to homeless youth programs in New York City, Mayor Bloomberg has the gall to release a video telling LGBT youth that 'It Gets Better.' Mayor Bloomberg, your cruel and reckless cuts to the meager support system for homeless LGBT youth in New York City just made things for them much worse! On January 1st,  Bloomberg cut support for outreach to homeless youth in half, cut most drop-in centers for homeless youth by a third, and cut support for the two LGBT homeless youth drop-in programs in half. In New York City there are over 1,000 LGBT youth suffering on the streets every night without access to safe shelter. The drop-in centers and outreach are their only support. Homeless LGBT youth are at incredible risk of suicide with 62% reporting that they have considered or attempted suicide.

The LGBT community needs to recognize these cuts as an attack against our most vulnerable youth, and against us as a whole. We pay just as much taxes as anyone, and there are far too few City-funded programs that support our most vulnerable youth.  If we can be treated like this in a city with as strong an community as NYC, how will our youth ever get their fair share of the resources they need and deserve? I cannot speak strongly enough about what a horror it is to have LGBT youth who have been discarded by homophobic parents flock to us for help, and to have to counsel them to sleep in the subways because there are not nearly enough beds for them."

Said Bloomberg in the video: "Right now there may be some of you out there who feel that there's no hope, or that you're not wanted. Well I have a message for you. New York City wants you. New York has always been the place where anyone can go, and be who they're supposed to be, regardless of ethnicity, religion, gender, or sexual identity. We need you."

Previous Post: « Miami Man Held in Murder of Two Men He Perceived Were Gay
Next Post: Watch What Happens When The RNC Chair Candidates Are Asked to Name Their Favorite Books »