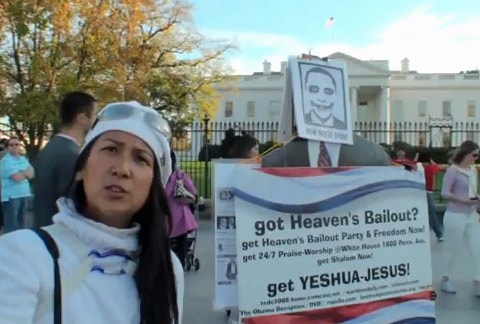 The birther arrested during the reading of the Constitution in the House of Representatives yesterday was identified as Theresa Cao, and she has a past.

The following video is an apt demonstration of Cao's nuttiness and ends with her passing out in some sort of Jesus trance dance.

McEwen adds: "The only thing I can say is that there seems to be a short connection between rabid homophobia, Obama Derangement Syndrome, religious zealotry, and sheer lunacy."