Earlier in January I reported that Obama had renominated more than 40 judicial candidates. Among them was Edward Carroll Dumont of D.C., nominated to be United States Circuit Judge for the Federal Circuit. DuMont would be the first openly gay federal appellate court judge in the nation. DuMont was originally nominated last April. 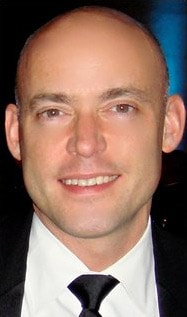 Oetken has been nominated as a federal judge in Manhattan.

“I am looking for people who fit the three criteria, and I was shocked to learn there were no openly gay male judges on the entire federal bench.” Mr. Oetken “fit the bill,” he added.

Mr. Oetken, a graduate of the University of Iowa and Yale Law School, was a law clerk to Supreme Court Justice Harry A. Blackmun and worked in the Justice Department and in the White House counsel’s office.

Before joining Cablevision, Mr. Oetken was in private practice in New York.

Schumer's previous recommendation Daniel Alter was rejected in October, reportedly because of remarks he made about a case challenging inclusion of the phrase "under God" in the Pledge of Allegiance, and additional remarks suggesting that merchants not wish shoppers "Merry Christmas" during the holidays.