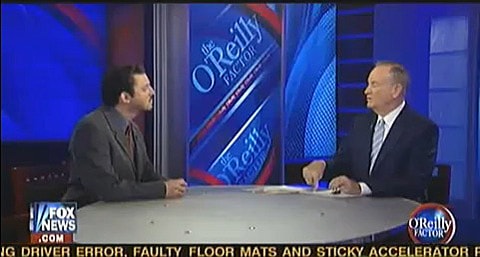 Bill O'Reilly is very angry that Atheists are putting up signs saying that religions are a scam, and gets into it with David Silverman, President of the American Atheists Group, who asks why religious groups can put up signs telling non-believers that they are going to Hell.

O'Reilly argues that the tides, which are, of course, explained by the gravitational force of the sun and the moon combined with the Earth's rotation, have no explanation except for God.

As one YouTube commenter noted, it must be because 'earth is in﻿ the 'no spin zone.'"