Iowa GOP State Rep. Dwayne Alons says he agrees with The Family Leader, the right-wing group spearheading the battle against marriage equality in Iowa, that homosexuality is a public health crisis akin to smoking. 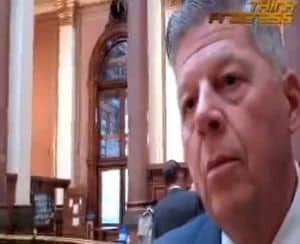 "I think that whole lifestyle has brought a lot of problems to society…For the most part when you look at some of the issues that have been brought up by homosexuals’ lifestyle, there are a lot of negatives that have been brought into society and I think government is trying to deal with that and should be dealing with…look at all that has been spent, you know, with the AIDS and with the issues related to the dying at an early age. I think life, longevity, of a lot of these folks is below 50, when you know, the normal people that do not enter into that kind of relationship, their either late into their 70s or early 80s for longevity. A lot more actual productive years and contributing to society."

Volsky says defining marriage as between a man and a woman is a "pathway" to clear up this health risk.