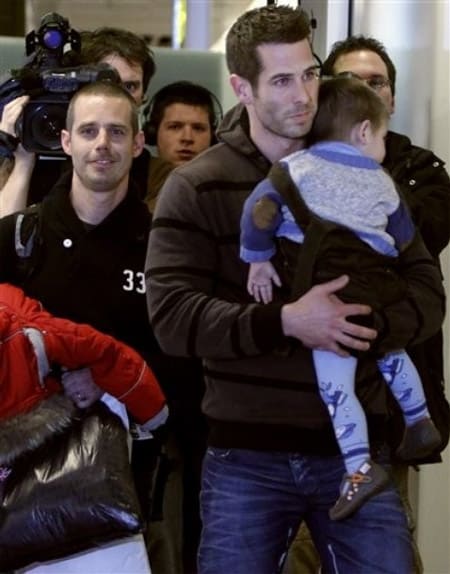 Laurent Ghilain and Peter Meurrens, a Belgian couple living in Southern France, had been separated from their son Samuel, whom they had through a surrogate, for two years and three months because the Belgian embassy in Kiev refused to issue Samuel a passport due to restrictive surrogacy laws and anti-gay officials in Belgium. Samuel had been living in a Ukrainian orphanage while they fought for his release.

The couple was reunited with their son at the Brussels airport on Saturday.