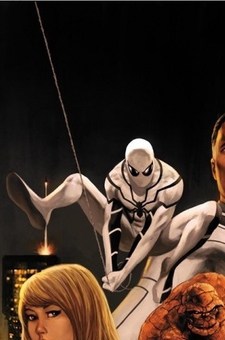 Oregon's Beaverton County school district and Seth Stambaugh, the teacher they fired and then reinstated after he revealed to a fourth-grade student that he's gay, have reached a monetary settlement: $75,000.

Today was White House Press Secretary Robert Gibbs' last day on the job. President Obama thanked him by returning a tie he borrowed 7 years ago, and joking, "Gibbs' departure is not the biggest one today."

James Franco may star as the lead in a live-action remake of Akira.

Now that Spider-Man has joined the Fantastic Four — which is now called "The Future Foundation" — he has some new threads: a white and black costume, as opposed to his red and blue duds. Concerns, comments, questions?

John Travolta reportedly tried to pick up a handsome waiter in front of his wife, Kelly Preston, who kept her eyes down the entire time.

Ingmar Guandique was sentenced today to 60 years in prison for the 2002 murder of DC intern Chandra Levy.

Auditions are being held in Philadelphia for a gay version of Jersey Shore, which is clearly something the world needs. 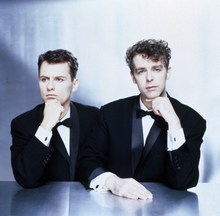 John Hatzistergos, the Attorney General for Australia's New South Wales, supports a law allowing private schools to expel gay students because it "maintain[s] a sometimes delicate balance between protecting individuals from unlawful discrimination while allowing people to practice their own beliefs." Others, including a senior Anglican bishop, call the policy "appalling."

Derek Rawcliffe, the first Church of England bishop to come out, has died at the age of 89. "I began to love everybody in a new way and to see that in spite of our sins and failings, God loves us," Rawcliffe saidd of coming out in 1995.

Presbyterian leaders in Central Wisconsin will debate this weekend whether or not gays and lesbians should be allowed to serve as pastors, deacons and other high-ranking officials.

Utah may soon have an official "state gun," a first for the nation.

Anti-gay hate crimes in London up 28%?

Elaine Donnelly, tiresome opponent of DADT's repeal, explains how the army's decision to allow openly gay soldiers will lead to "social change," which to her is a bad thing. I don't know: take a listen to her logic and see if you can figure it all out. Is segregation a positive or a negative?

Andrew Breitbart and gay conservative group GOProud's big CPAC party last night included a variety of slogans, like this one: "Our gays are more macho than their straights." Way to perpetuate gender norms, guys.

Oprah Winfrey told the crew at MSNBC's Morning Joe that she has "no problems" with the Obama administration and wishes people would show the president some "respect."

Previous Post: « Watch: Obama On Mubarak Exit, ‘Egypt Will Never Be The Same’
Next Post: Movies: Channing Tatum in The Eagle »