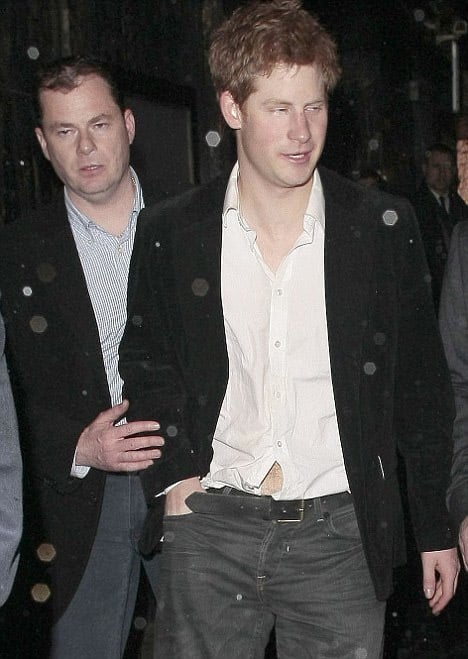 Prince Harry had a good time at a Soho gay club called Box Bar on Saturday night, the Mirror reports, though he wasn't there for the boys:

"Harry had been at Soho’s Box Bar to celebrate a female friend’s birthday. He had (quite) a few drinks and saw a burlesque show, then left with his armed protection officers. One clubber said: 'Harry was with girls and fellas, having plenty of laughs. He was more than a little the worse for wear by the end of the night.'"

Harry will be Best Man at Prince William's wedding in April, the Palace announced today.