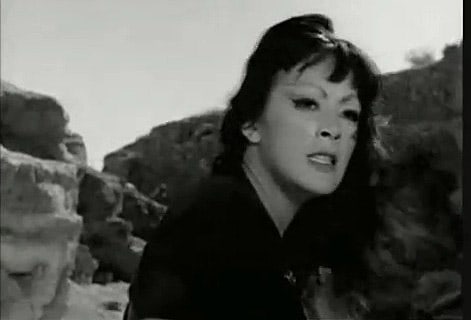 Tura Satana, cult star of the Russ Meyer film Faster Pussycat, Kill, Kill, has died of heart failure in Reno, Nevada at the age of 72

In "Faster, Pussycat! Kill! Kill!" Satana played Varla, the leader of a "daredevil trio of sports car-driving vixens," wrote film critic B. Ruby Rich in the Village Voice in 1995. "She drove her Porsche like a bat out of hell, delivered her dialogue with an arched eyebrow that let the audience in on the joke and tossed men into the air like they were pancakes." After Varla kills a young man with her bare hands, the three women kidnap his girlfriend and converge on the desert ranch of a wealthy older man and his two sons.

A few scenes from Faster Pussycat, AFTER THE JUMP…