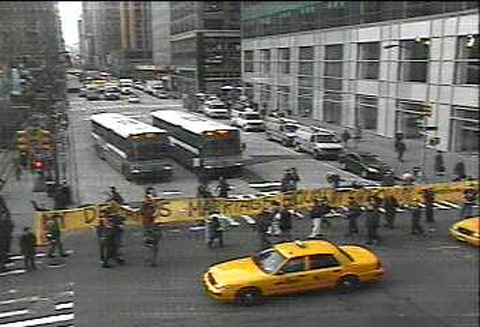 LGBT activist group Queer Rising this morning held an act of civil disobedience in protest of New York's lack of marriage equality at the corners of 6th Avenue and 42nd Street in midtown Manhattan. 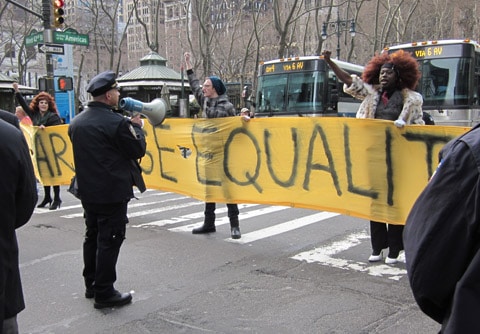 According to an alert from the group, they blocked traffic and unveiled a banner with the message "NY DEMANDS MARRIAGE EQUALITY NOW".

According to their release, the activists are:

"It’s a sad thing that I have to go to such extreme lengths for rights that others were born with," said Frostie Flakes, one of the three arrested drag queens.

“We do not enjoy inconveniencing drivers on their hectic morning commute,” said Jake Goodman, a member of Queer Rising and another arrestee, “but we less enjoy living without the 1,324 protections and rights granted by state-recognized marriage.  We only hope others stop the routine of their everyday lives to join us and demand marriage equality now.” 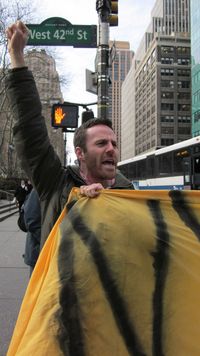 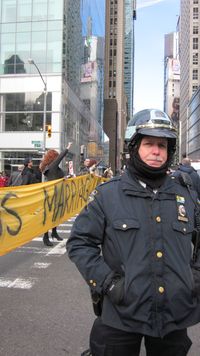 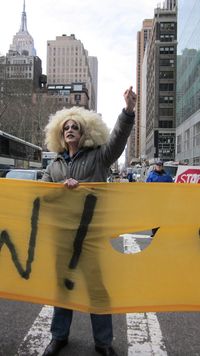 Previous Post: « Rep. Eric Cantor Says GOP Will Decide By End of Week How Not to Focus on Jobs and Instead Focus on DOMA
Next Post: Christina Aguilera Arrested for Public Intoxication »