Brendon Ayanbadejo, a linebacker for the Baltimore Ravens, has released a video in support of marriage equality in Maryland. Says Ayanbadejo in the video: 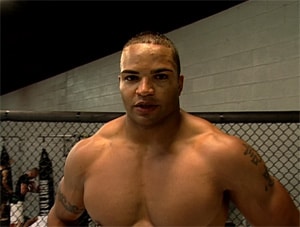 “Gay and lesbian couples want to marry for similar reasons as we all do: love and commitment. It’s time to allow them the opportunity to build a family through marriage. It’s a matter of fairness. This is why I’m asking Marylanders to join me in supporting marriage equality for same-sex couples.

“Having the freedom to marry means committed couples and their children will have the same crucial protections under the law as other families. Churches can always have their beliefs, but government is supposed to treat everybody the same, and that’s equal. America is supposed to be the land of the free but in order for this to be true for all of us, then we must have the ability to marry whom we love regardless of their gender.

“Think about it, and join me in the land of the brave for standing on the side of love. Thank you.”

Watch (unfortunately, the picture is distorted), AFTER THE JUMP…

(screencap not from video)

Previous Post: « As Maryland House Prepares to Debate Marriage Equality Today at 10am, Many Delegates Remain Undecided
Next Post: NOM’s Maggie Gallagher to Marylanders: ‘Don’t Mess Around with the Meaning of Marriage’ »