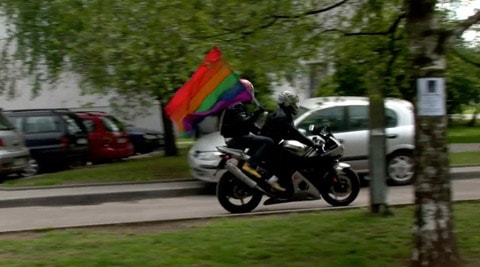 Yesterday I posted an item about the President of Belarus instructing the German foreign minister Guido Westerweile to turn straight. Lukashenko's statement is indicative about how gays are seen in that country. 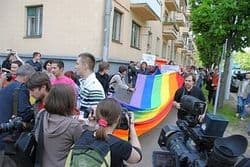 Here's a trailer for a new documentary, East Bloc Love, which follows LGBT activists in that country.

Write the filmmakers: "Young Sergey is an openly gay activist in Belarus and has endured violence from police and skinheads. When his boyfriend is shot on the border he begins his fight for gay equality. Preparing for a defiant stand on the streets of the nation's capital Minsk, Sergey and a few brave activists brace to show their PRIDE against the last dictatorship in Europe."

Also, last May I posted an item about the Pride march depicted in this trailer. It ended violently, with several dozen arrests.