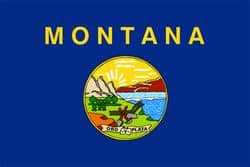 The bill (SB276) I mentioned earlier, passed by the Montana Senate in late February that would strike an obsolete law criminalizing homosexuality from the books, was killed by the Montana House Judiciary Committee today.

Read my earlier post for some of the disgusting testimony that went on before the committee, including one witness who said that 100% of pedophiles are gay or bisexual, and a lawmaker who painted gay people as HIV-positive tax burdens and pedophiles.

As commenters note, Lawrence V. Texas, which decriminalized sodomy, obviously applies in Montana. The more disturbing thing is that this bill was simply to strike an obsolete law from the books, and legislators decided to leave it.