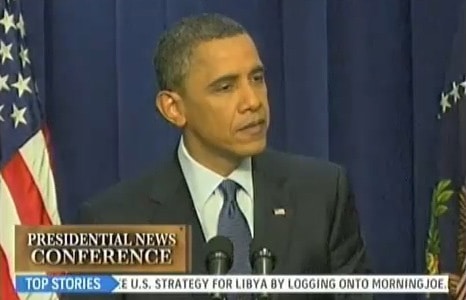 President Obama assured members of the press today that treatment of Wikileaks soldier Bradley Manning, whose treatment has been described as inhumane and compared to torture, was "appropriate" and met "our basic standards." 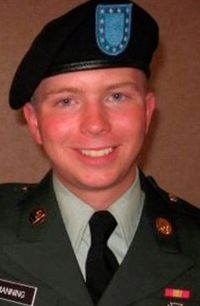 Manning spoke out today for the first time since his detention in a letter released by his lawyer:

The most graphic passage of the letter is Manning's description of how he was placed on suicide watch for three days from 18 January. "I was stripped of all clothing with the exception of my underwear. My prescription eyeglasses were taken away from me and I was forced to sit in essential blindness."

When he was told he was being put on suicide watch, he writes, "I became upset. Out of frustration, I clenched my hair with my fingers and yelled: 'Why are you doing this to me? Why am I being punished? I have done nothing wrong.'"

He also describes the experience of being stripped naked at night and made to stand for parade in the nude, a condition that continues to this day. "The guard told me to stand at parade rest, with my hands behind my back and my legs spaced shoulder-width apart. I stood at parade rest for about three minutes … The [brig supervisor] and the other guards walked past my cell. He looked at me, paused for a moment, then continued to the next cell. I was incredibly embarrassed at having all these people stare at me naked."

"I have asked the Pentagon whether or not the the procedures that have been taken in terms of his condition are appropriate and are meeting our basic standards. They assure me that they are."