Montana's Senate Local Government Committee held what was described by The Missoulian as a "low key" hearing on a bill that passed Montana's House last month after fiery debate. The bill would nullify Missoula's 2010 ordinance protecting LGBT people from discrimination and prohibit local governments in the state from passing similar ordinances. 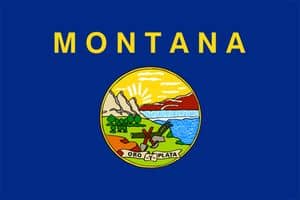 Opponents, however, argued HB516 had legal problems and that Missoula has the authority to enact such an ordinance if its city council chose to do so.

Niki Zupanic of the American Civil Liberties Union of Montana called the bill unconstitutional at the federal and state levels. She helped draft the anti-discrimination ordinance for Missoula.

Gregory Smith, who was a chaplain to the Legislature in 1993, said he is a therapist whose patients includes lesbian, gay, bisexual and transgender people.

"I am a gay man and a native Montanan," he said. "We want to live our lives happily and from fear in the state we grew up in." Smith said the bill ignores a suffering segment of Montana's population and is "enshrining bigotry and discrimination."

The Senate panel "took no immediate action" according to the paper.