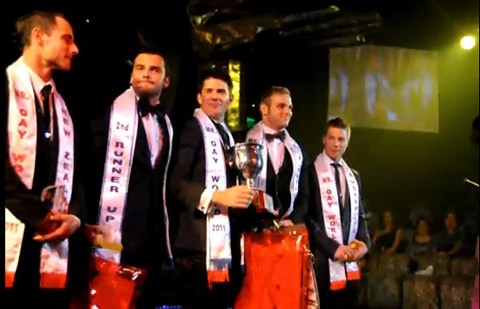 Francois Nel was crowned 'Mr. Gay World' in Manila, Phillippines yesterday. Michael Holtz, the U.S. entrant, was first runner-up. The competition describes itself as a "twenty first century beauty pageant" which seeks to establish ambassadors for gay rights. It will be held next year in Johannesburg.

Watch the final moments in the competition at Club Mwah, AFTER THE JUMP…

Curious to see just what went on at this pageant? Here's an extensive Flickr photo album from Carlos Melia.