Yesterday, former Equality Maryland executive director Morgan Meneses-Sheets posted a note on her Facebook wall that she had been fired from her job. Her apparent dismissal has led to the resignation of a staff member and a board member. 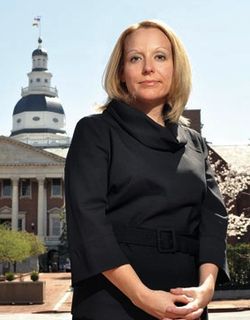 Wrote Meneses-Sheets: “It is with a heavy heart that I share that today will be my last day as the Executive Director of Equality Maryland. While it is not my choice to leave, it is my choice to make my voice heard as I exit. I've spent the last 18 months at the helm of Equality Maryland and this time has held some of the most rewarding moments of my career, but it has also been extremely difficult. In particular the past few months have been tough to bear. Not because of the hard work which I welcome and felt honored to be part of, but because of the forces within the organization and external politics that created additional and unnecessary obstacles to our forward movement and success.”

The group's development director Matthew Thorn has resigned in protest of Meneses-Sheets' dismissal. Said Thorn: “This past Sunday, the Board of Directors of Equality Maryland, in executive session, voted to remove her from her position, essentially telling the organization’s staff, volunteers, supporters, funders and general community that the organization will now move in a different direction."

Equality Maryland Board of Director Alex Hickcox also resigned in protest: "I did officially resign today. I’m unhappy with the decision to dismiss Morgan [Meneses-Sheets] as our executive director."

Board of Director and president Charles Butler has denied the fact that Meneses-Sheets was fired from her post, add ing that they were simply "in discussion" about a new direction for the organization. “We were negotiating her departure and she up and quit today,” he says. “We were hoping to arrange a mutual time table. We all decided it was time to move on and that this is a good time to do so with the session being over. We wish her all the best, but it’s time for a change.”

The change in direction for the organization is due primarily to the failure of the Maryland marriage equality bill in the House just last month.