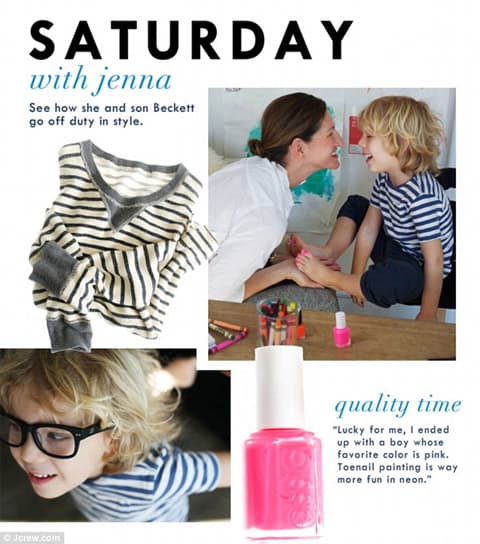 A J Crew ad featuring fashion designer Jenna Lyons painting her son's toenails pink because it is his favorite color has wingnuts on full alert, according to FOX News:

“This is a dramatic example of the way that our culture is being encouraged to abandon all trappings of gender identity,” psychiatrist Dr. Keith Ablow wrote in a FoxNews.com Health column about the ad.

Media Research Center’s Erin Brown agreed, calling the ad “blatant propaganda celebrating transgendered children.” “Not only is Beckett likely to change his favorite color as early as tomorrow, Jenna's indulgence (or encouragement) could make life hard for the boy in the future,” Brown wrote in an opinion piece Friday.

"J.CREW, known for its tasteful and modest clothing, apparently does not mind exploiting Beckett behind the facade of liberal, transgendered identity politics.”