Yesterday I reported that Navy Petty Officer 2nd Class Derek Morado was going to be undergoing a discharge hearing under 'DADT', a troubling and odd situation considering the various branches of the armed forces are currently training to implement repeal of the ban. 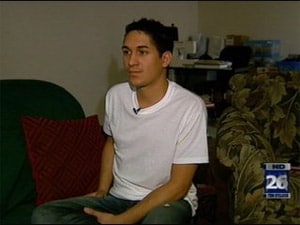 There is good news. Morado was voted 3-0 to be retained. However, this article from MetroWeekly's Chris Geidner details the confusion and stress it put Morado through:

As to Morado's efforts in advance of the hearing to reach out to Get Equal, director Robin McGehee said, "He was unsure what the process was going to be like and, just like us, very perplexed that he was hearing all these celebratory reports about repeal and why his hearing was continuing.

"For him, he was baffled …. He thought for sure his hearing was going to be put on hold," she added. "He was fearful that they were trying to make this happen before implementation."

Before learning the outcome of the hearing, however, McGehee discussed the "emotional and physical stress" that she said Morado was facing and added pointedly, "It really begins to make you question why we're wasting the money on a hearing like this and also why were allowing the military to bully him."

Smith went further, saying, "The fact that everyone knows that the Pentagon hasn't discharged anyone since Obama signed the repeal law, and yet we are seeing, on the unit level, discharge procedures still going forward — it's creating an almost harder position for some people."

The need for certification of 'DADT' repeal is clearer now than ever. What a waste of time, money, and human energy these hearings are.