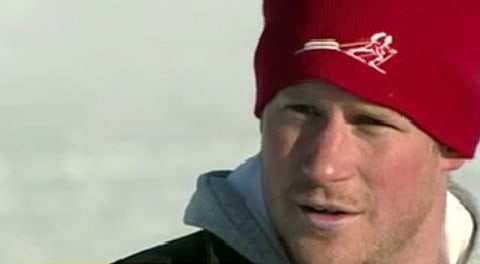 As you may know, Prince Harry is raising awareness about wounded soldiers this week by joining them on the first part of a trek to the North Pole as part of Walking with the Wounded.

That said, the media is curious about every aspect of the trip. Upon his appearance from the tent in the morning, reporters asked Harry what it was like to spend all night in a tent in -25C degree weather.

Joked Harry: "Is that all it was, minus 25? Felt a lot colder than that, in there. It was good. There were things that happened in that tent that I don't want to speak of ever again."

Harry's expedition leader and tentmate, Inge Solheim, added: "He has this cozy little 'Mmmmmm'. Little bass going. It's not snoring. It's more like a little bass going in the background. It put me to sleep."

And who can't help but be a bit jealous of that lullaby?