Managing Director of Australian Christian Lobby Jim Wallace causes outrage over tweet suggesting that military veterans didn't fight for all Australians: "Just hope that as we remember Servicemen and women today we remember the Australia they fought for — wasn't gay marriage and Islamic!" 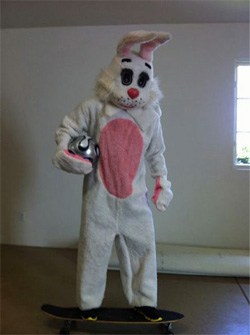 Wouldn't mind having this Easter Bunny show up at my door.

League of Women Voters join New Yorkers United for Marriage coalition: "The addition of the League, which encourages informed civic participation on issues such as education, governmental reform and the judicial system, puts a nonpartisan seal of approval on the campaign overseen by Democratic governor Andrew Cuomo." 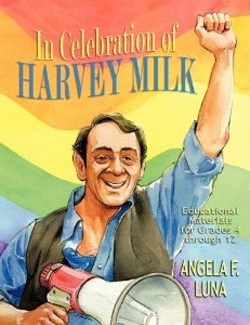 Schools in California already adding gay-related lessons to the curriculum: "One of the two books the school has purchased for teachers to use is In Celebration of Harvey Milk, a workbook about the gay rights leader written by Angela F. Luna. A lesbian and fourth grade teacher at San Juan Unified School District in Sacramento County, Luna self-published the book in January."

Steve Jobs responds to iPhone geo-data collection: "We don’t track anyone. The info circulating around is false."

Simon Cowell reveals X Factor judges: "Cowell tells me that in addition to himself and Antonio 'L.A.' Reid, the chairman of Island Def Jam Music Group who resigned to join The X Factor panel on Fox (and about whom Simon said 'was my No. 1 choice to sit alongside me on the show'), he has made up his mind to bring back Paula Abdul beside him and to add a Brit singer convicted of assault who's unknown to American audiences, Cheryl Cole."