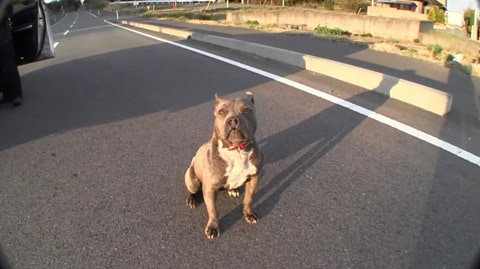 The Japanese government has issued the evacuation order on March 12 for the residents living within the 20 kilometer radius of the Fukushima Daiichi Nuclear Power Plant.

Since then, residents have left their homes, and the "no man land" has been out of touch with the rest of the world.

He says that, inside the evacuation zone, homes,building, roads and bridges, which were torn down by Tsunami, are left completely untouched, and the herd of cattle and pet dogs, left behind by the owners, wonders around the town while the radiation level remains far beyond legal limits.

Watch it all, AFTER THE JUMP…