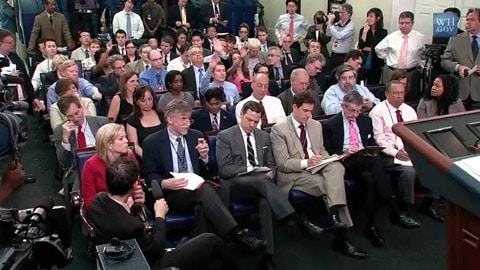 Prompted by a question from the Washington Blade's Chris Johnson, White House Press Secretary Jay Carney indicated that Obama would not be issuing a list of promises to the LGBT community as he did during the 2008 election campaign.

Said Carney during a briefing yesterday:

"I don’t anticipate reissuing a list.  I think his position on a number of issues has been clear and his accomplishments on a number of issues have been clear.  So as is true with a number of the goals he set forward during his campaign and in the first two-plus years of his administration, remains those that are unfinished.  As he’s been saying a lot lately we still have a lot of work to do and we’re not done yet.  And so I think that he will remain committed to a number of policy objectives that haven’t been achieved yet."

Carney continued that the President "remains committed" to the agenda of LGBT issues he has already set forward.