Amanda Terkel at the HuffPost broke the news that King & Spalding, the law firm hired to defend DOMA, is backing out of the case, having determined the "process used for vetting this engagement was inadequate." 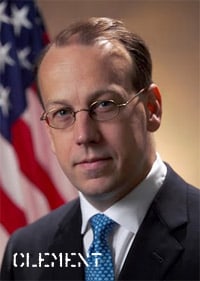 King and Spalding Chairman Robert D. Hays, Jr., whose partner Paul Clement was to lead the defense, said in a statement through a spokesman, Les Zuke:

Today the firm filed a motion to withdraw from its engagement to represent the Bipartisan Legal Advisory Group of the House of Representatives on the constitutional issues regarding Section III of the 1996 Defense of Marriage Act. Last week we worked diligently through the process required for withdrawal.

In reviewing this assignment further, I determined that the process used for vetting this engagement was inadequate. Ultimately I am responsible for any mistakes that occurred and apologize for the challenges this may have created.

The Human Rights Campaign, Georgia Equality, and other activist groups had planned a protest for this evening at the law firm's Atlanta offices.

King & Spalding's involvement was seen as hypocritical because of the firm's high rating on the Human Rights Campaign's Corporate Equality Index and a statement on its website touting pride in its pro-LGBT policies. The cost to American taxpayers was also much-discussed, after having been revealed as $500,000, possibly more.

"King & Spalding has rightly chosen to put principle above politics in dropping its involvement in the defense of this discriminatory and patently unconstitutional law. We are pleased to see the firm has decided to stand on the right side of history and remain true to its core values. Speaker Boehner is likely to pursue continued defense of this odious law. However, law firms that value LGBT equality should remain committed to those values."

"We commend the partners of King & Spalding for rightly recognizing that their participation in furthering discrimination against gay Americans was unacceptable. All Americans deserve access to an attorney, but attorneys need to be held accountable for the clients they voluntarily decide to represent. Furthermore, Speaker Boehner has an army of in-house legal talent at the House of Representatives who could ably represent his position in court. If he is serious about cutting the deficit he needs to look to his in-house counsel to represent him in these proceedings, instead of spending taxpayer dollars for a service already provided to his office."

UPDATE: Clement has resigned from his firm and joined Bancroft PLLC.

Speaking Monday with The Advocate, National Organization for Marriage president Brian Brown, who last week praised Clement as a "legal eagle in this case who actually wants to win in court," criticized the firm's decision and said it was the result, he claims, of "harassing and punishing and intimidating to stop a debate."

"HRC did what it enjoys doing, which is to launch a campaign of cultural intimidation. We see this time and time again," Brown said.

House Speaker John Boehner's spokesman has responded to the announcement:

The Speaker is disappointed in the firm’s decision and its careless disregard for its responsibilities to the House in this constitutional matter. At the same time, Mr. Clement has demonstrated legal integrity, and we are grateful for his decision to continue representing the House. This move will ensure the constitutionality of this law is appropriately determined by the courts, rather than by the President unilaterally.