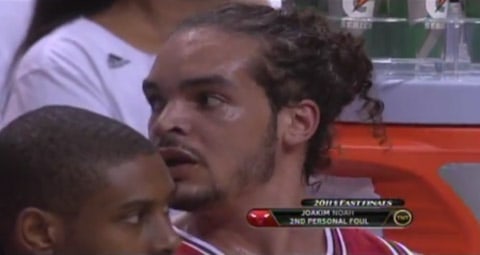 Chicago Bulls center Joakim Noah has been fined $50,000 after being caught on camera uttering the words "f**k you faggot" to a fan seated behind him at Sunday night's Miami Heat game.

The only difference between Noah's actions and Kobe Bryant's last month is that Kobe's slur was directed toward a referee and not a fan.