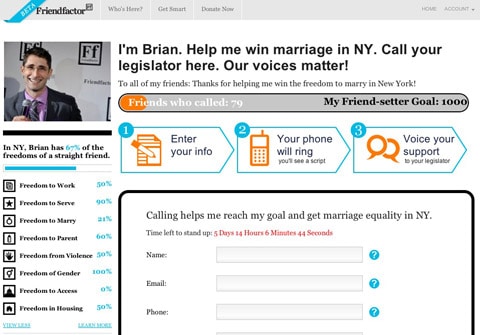 Last night I attended the launch of Friendfactor, a new social-networking based LGBT rights organization dedicated (at the moment) to winning marriage equality in New York. 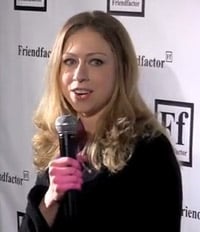 Friendfactor is based around a web application that makes it easy for folks to find and call their lawmakers and make their support for an issue known. The group’s web app will not only connect you with your lawmaker by phone, but it will provide a script for you based on the issue you are calling to support. Users are then given a unique page from which they can connect with friends via Facebook, Twitter, or email, asking them to join them in support.

Friendfactor founder Brian Elliot envisions it as a way to gain a broad base of support from the straight community on issues important to LGBT people.

“As a New Yorker who not that long ago got married to her best friend, I certainly believe that all my friends should have the right to marry their best friends. And I certainly believe that those of us who are straight cannot expect our gay friends to do this on our own. And I certainly expect my straight friends to help us achieve that for all New Yorkers, for all Americans, and for the children that Mark and I expect to have one day…”

Following Clinton was Steve Cohen, Secretary to Governor Andrew Cuomo, who gave a compelling speech urging the hundreds gathered at the event to make their voices known to their lawmakers. Also speaking at the event were Bravo TV exec and host Andy Cohen and longtime activist David Mixner.

Watch Clinton and Cohen speak at the event, AFTER THE JUMP…

I spoke with the founder of Friendfactor, Brian Elliot, shortly before last night’s launch, to ask him about his new initiative. 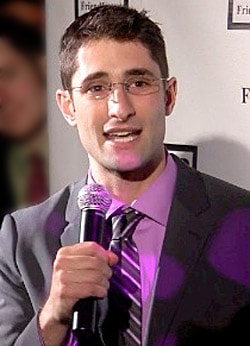 Describe what Friendfactor is and what you expect to achieve with it.

We’re a new, web-savvy gay rights organization working to dramatically accelerate the current pace of change for LGBT rights.  We’re combining the power of technology and friendship to reach out to more straight people and help us reach legal parity at the federal and state levels.  The goal: Achieve full legal freedoms for LGBT Americans, faster.  We’re currently launching a campaign to help win marriage in New York and we plan to launch campaigns on other issues (e.g. employment, bullying, etc.) across the country as we grow.

What inspired you to create Friendfactor?

Friendfactor grew out of a question I asked my friends in August of 2009, “I don’t want to wait 10-20 years to be a full and free citizen with equal rights. What would it take to dramatically accelerate the current pace of change?”  We analyzed public opinion data, and there was much more support for LGBT issues than we had expected.  We realized we needed to identify new ways of mobilizing more people–especially straight people–in order to accelerate change.  Since I knew that I mattered more to my friends than gay rights did, I set up a Facebook group called “Give Brian Equality.” When I invited 600 straight friends on Facebook to learn about the ways they could change the laws that affected my life, 19,000 people ended up joining.  We were onto something–a new way engage more people. I quit my job and Friendfactor was born.

Why do you think there’s a need for Friendfactor and what do you think it adds in the battle for equality that isn’t being achieved by already existing advocacy groups?

Although many of our friends might care about our issues, LGBT rights generally aren’t at the forefront of their minds. People are busy and get bombarded with information all day.  Friendfactor is trying to make LGBT inequalities more visible, personal, and relevant by showing how our current laws affect people’s real friends.  People care deeply about their friends and over 60% of Americans have a close friend or family member who’s gay.  I know that most of my friends will do anything for me but probably not for an LGBT rights organization.  Therefore, Friendfactor’s tools can bring more people to the cause by activating new supporters through friend networks rather than issue-identity groups.

In your FAQ you discuss sharing information with policy makers? Are you referring to lawmakers? Aside from creating a network of support from straight allies, how will Friendfactor directly influence change politically?

We are certainly reaching out directly to lawmakers through the campaigns run by our advocacy arm. We’re starting with grassroots advocacy, both political and educational (the latter through our 501c3 arm, Friendfactor Foundation). People have to know what the problems are first; then we can help them do something about them.  As we gear up for our first major legislative campaign to win marriage in New York, it’s my goal to be able to show hard data to lawmakers in Albany about how many people in their district are standing up for gay friends’ freedom to marry.  We’re also making it easier for people to actually voice their support for their friends directly to their lawmakers, all with the click of a button.

Your Boards of Directors and Advisory Board are made up of an impressive set of folks from across the political spectrum. Are you a non-partisan non-profit?

Absolutely non-partisan — we have former RNC Chair Ken Mehlman on one of our boards and Chelsea Clinton on another, and that’s no coincidence.  We’re about people, not politics. We want to totally re-frame the paradigm of gay rights to be about helping LGBT friends out, simply because people will do just about anything for a friend in need. Our struggle for equal rights shouldn’t be a moral issue that forces people to decide what side they’re on. Under our frame, even the “moveable middle” already has decided…they have gay friends!  So now it’s our job to turn that friendship into action, to get people to start calling in favors, and to make this personal.  Would a friend say “no” if you said to them: “Will you speak up, vote, and act to help me have the same rights as you? This is about my legal freedoms, and I need your help?”  Of course they’d help. But the question is, are LGBT folks ready to ask?

The choice to include Mehlman will no doubt be controversial to some.

Over the past year Ken has been extremely helpful to us: providing advice, raising funds and recruiting NEW supporters for our organization and other organizations working for gay rights, like AFER. Ken’s counsel to Friendfactor has already been a huge asset, and we look forward to more of it as we work to engage more friends and supporters of gay and transgender Americans to accelerate change.

Will Friendfactor be supporting individual candidates? Why or why not?

At present no: we only have a 501c3 (Friendfactor Foundation) and a 501c4 (Friendfactor Accelerator), neither of which can legally lobby for or endorse individuals running for office. In the future we may start a PAC, in which case we’d be able to educate people about which candidates support their LGBT friends.  For the time being, we’re working on just public education and existing legislative campaigns, not elections.

Do you have affiliations with any of the existing advocacy groups, and if so, which ones, and what are those relationships?

Most definitely. Friendfactor specializes in building fun and interesting tools and campaigns.  The existing shops in the movement that we all recognize are generally the policy experts, so it makes a lot of sense to collaborate. Our first official pilot campaign was for marriage in Maryland, and we partnered with Equality Maryland and Freedom to Marry on a click-to-call campaign called “Pop the Question” that generated over 2,000 calls to legislators.  For our campaign in New York, we’ve been in talks with all the big organizations, but we’re formally partnering with Marriage Equality New York and Empire State Pride Agenda to help encourage more people to become Friend-setters.  For almost any legislative campaign, we’d want to work with a local partner to help amplify the message and reach of the tools they have available.

Friendfactor Foundation is our 501c3 arm — it focuses on education and outreach. It builds tools and campaigns to change hearts and minds and to start conversations.  The Freedom Index we developed–which allows you to see what percent of rights you have compared to a straight friend in your state–is an example of one educational tool we have.  Friendfactor Accelerator is our 501c4 organization. It build campaigns and dynamic online tools to help people directly change laws in a really personal way. You can test out our ground-breaking Friend-setter pages by calling your NY state senator for me personally, and I’ll find out that you did! These organizations work side by side and at times collaborate on campaigns that we believe are bringing us toward full legal freedom, faster.

What are the biggest challenges you have faced as an entrepreneur getting to this point with Friendfactor?

As you noted earlier, there are a lot of LGBT advocacy groups out there already doing incredible work.  As a result, we’ve had to overcome a lot of skepticism that there’s a need for another gay rights group like ours.  But once people learn about our model and hear that we’re working with other groups, they usually get it.  I’ve been blessed to have wonderful advisers and early supporters who’ve helped us get on our feet, though, and now we’re really starting to see the vision come to life.  This is only the beginning.

Check out the remarks by Chelsea Clinton and Steve Cohen, Secretary to Governor Andrew Cuomo, AFTER THE JUMP…