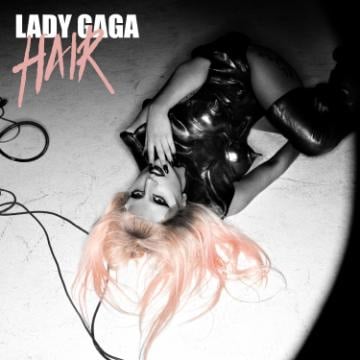 Lady Gaga will be releasing another track from her upcoming album today. "Hair" is set for release at 1 pm PDT. 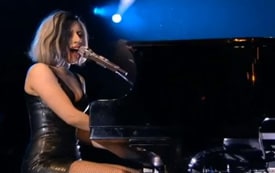 Fernando Garibay, who worked with Gaga throughout the entire BTWprocess, spoke to MTV News about "Edge of Glory," which he co-produced with Gaga and DJ White Shadow, and the appearance of E Street Band member Clarence Clemons on both tracks.

He noted that "it was her idea" to use Clemons on "Hair" as well as "Edge of Glory" and that "she grew up listening to Bruce Springsteen and the E Street Band, and she goes, 'Can we get Clarence?' And I go, 'Of course we can get Clarence. You're Lady Gaga!' "

Gaga also performed an acoustic version of "The Edge of Glory" in the UK over the weekend at BBC Radio 1's Big Weekend, and appeared on The Graham Norton Show with Gwyneth Paltrow.