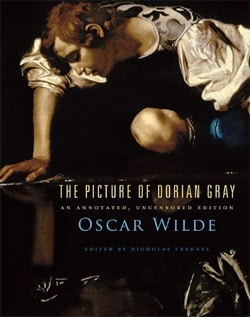 How the Osama bin Laden announcement leaked out.

Bin Laden death likely to raise more questions about Pakistan: "The presence of Bin Laden in Pakistan, something Pakistani officials have long dismissed, goes to the heart of the lack of trust Washington has felt over the last 10 years with its contentious ally, the Pakistani military and its powerful spy partner, the Inter-Services Intelligence." 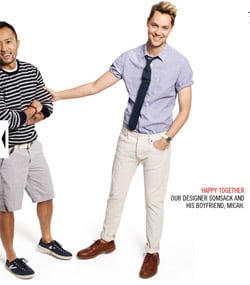 J Crew features same-sex couple in May 2011 catalog. "The preppie clothing giant was quiet on its presentation of the same-sex couple — 'Our designer Somsack and his boyfriend, Micah' — but gay advocates applaud what they say is a strong message."

Elena Kagan defends Paul Clement: "Kagan said it was not a surprise that Clement would resign from his law firm 'rather than abandoning a client.' Those who criticize Clement “misunderstand the traditions and ethics of the legal profession,” she said."

Louis Marinelli: NOM exploits racial opposition to same-sex marriage. "NOM is in the business of promoting non-white Americans that oppose marriage equality. It’s good for their image if they can present an illusion of broad interracial opposition to same-sex marriage. Of course this isn’t something at they do openly but it is certainly a strategy well-known to those within their circle. I was one of them and I have e-mail correspondence from the summer bus tour that demonstrates their fixation on exploiting blacks who showed up at the rallies as part of NOM’s public relations strategy. Look for them to do this with the Hispanics in the Bronx on the 15th." 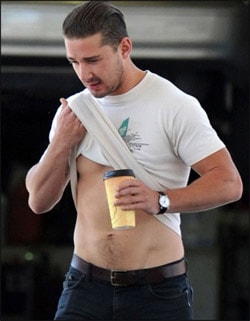 Executive assistant to St. Paul City council member under fire for leaked email: "In the email, Barb Benson referred to Bill Hosko, a political opponent of Thune's, as 'the gay guy that always runs (against) Dave for City Council.'"

Moving in: Neil Patrick Harris gets his hands, biceps dirty.

Five men charged in assault on gay teen in Rock Hill, South Carolina: "The sheriff's office said Friday the five have been charged with assault and battery of a high and aggravated nature. It carries a prison term of up to 20 years, authorities say. The five men could face additional charges, as the FBI has been investigating the assault as a possible hate crime. Sheriff Bruce Bryant said Friday that the FBI is turning over its findings to the U.S. Justice Department."