An excerpt from their obituary: 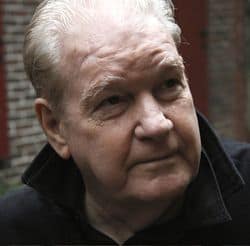 Doric Wilson was present on June 28, 1969, when riots broke out at the Stonewall Inn, a gay bar in Greenwich Village. The rebellion of the bar's gay denizens against harassing police signaled the beginning of the gay rights movement. Mr. Wilson had already been an active participant in the anti-war and civil rights movements of the decade. Following the riot, he became active in Gay Activist Alliance and, as a "star" bartender, helped open post-Stonewall gay bars like The Spike, TY's and Brothers & Sisters Cabaret.

In 1974, Doric Wilson, along with Billy Blackwell, Peter del Valle and John McSpadden, formed TOSOS (The Other Side of Silence), the first professional theatre company to deal openly and honestly with the gay experience. "I was involved with Circle Rep at the time," he later recalled, "when it suddenly occurred to me that I could use the Cino experience to combine my talents with my politics. I could focus my life and abilities to promote a theatre dedicated 'to an honest and open exploration of the GLBT life experience and cultural sensibility.'”