Professional bowler Scott Norton has come out of the closet. Norton cites the coming out earlier this week of Phoenix Suns CEO and President Rick Welts as the catalyst to his decision. 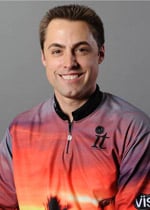 He writes in a piece for the Professional Bowlers Association:

While many athletes wait until they retire to officially come out, the fact that Mr. Welts has the courage to do so while still actively involved with the NBA has encouraged me to also acknowledge that I am a gay athlete.

It's important to show people that being gay has nothing to do with one's ability to do anything as a man, least of all compete at the highest level of sports.

It's amazing to see what can happen when people like Rick Welts lead by example!