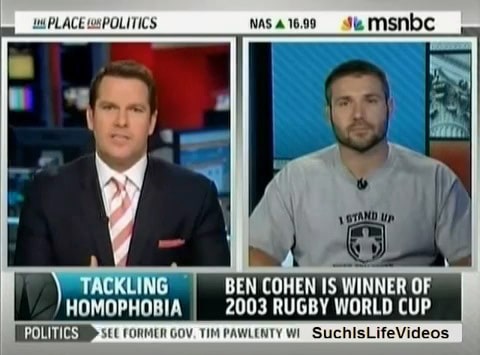 Earlier today, MSNBC's Thomas Roberts spoke with rugby star Ben Cohen about his anti-bullying campaign. Cohen says the response to the Stand Up Foundation has been "overwhelming" and discusses the reasons he decided to quit rugby and how the murder of his father influenced his decisions.

Cohen also talks about professional athletes who come out, and why we need someone to come out at the top of their game.