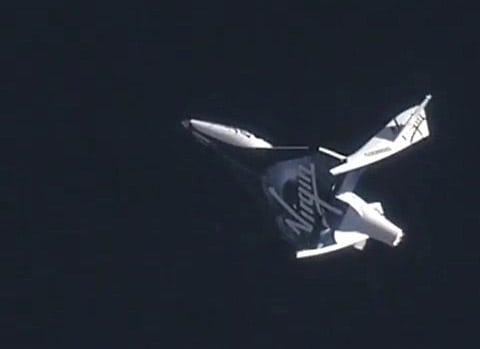 The feather position allows the space craft to reenter the atmosphere at a slow enough speed to reduce the heating problems that can occur as friction with the atmosphere increases. It also simplifies the process compared to needing a precise glide angle for reentry in order to avoid skipping off of the atmosphere.

You space geeks are going to love this clip.