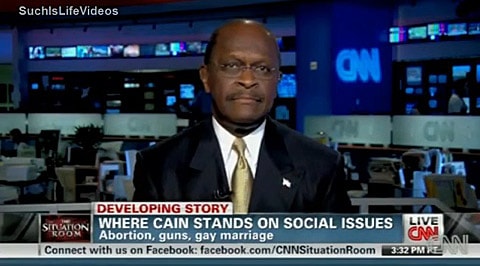 Cain also said "I believe homosexuality is a sin because I'm a Bible-believing Christian. But I know that some people make that choice. That's their choice…I believe this is a choice."

Previously…
Herman Cain Would Appoint a Gay Cabinet Member, So Long as They're Not a Muslim [tr]
Cain, Palin See Big Gains in Presidential Polling in Iowa [tr]

His homosexuality is a sin remarks: