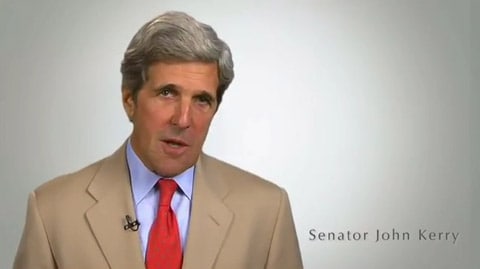 The Massachusetts congressional delegation today released an "It Gets Better" video. Every member of the House and Senate appears in the video, except for Senator Scott Brown, who declined, the HuffPost reports:

A Democratic Hill staffer with knowledge of the project told The Huffington Post that Brown was invited to participate, but he declined.

"Scott Brown has a strong record at the state and federal level against bullying and believes that all people regardless of sexual orientation should be treated with dignity and respect," said Brown spokesman Colin Reed when asked whether the senator had been asked to appear in the video. "His main focus right now is on creating jobs and getting our economy back on track."