A county clerk in New York's Broome County has submitted her resignation, saying she won't perform same-sex marriages because it conflicts with her religious beliefs, the Journal News reports. 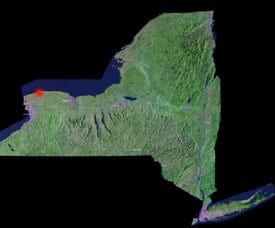 “I believe that there is a higher law than the law of the land. It is the law of God in the Bible.  In Acts 5:29, it states, ‘We ought to obey God rather than men.’”

“The Bible clearly teaches that God created marriage between male and female as a divine gift that preserves families and cultures. Since I love and follow Him, I cannot put my signature on something that is against God.  Deuteronomy 10:12 says, ‘…What does the Lord your God ask of you but to fear the Lord your God, to walk in all His ways, to love Him, to serve the Lord your God with all your heart and soul, and to observe the Lord’s commands and decrees that I am giving you today for your own good.’”

“I would be compromising my moral conscience if I participated in the licensing procedure. Therefore, I will be resigning as of July 21. I wanted you to know my position as I understand the marriage law goes into effect on July 24.”

At least one DA, Nassau County DA Kathleen Rice, has told clerks that refusal to issue marriage licenses to same-sex couples may land them in hot water. Wrote Rice in a letter to Nassau County clerks late last week:

"The Marriage Equality Act provides that an application for a marriage license cannot be denied on the grounds that the applicant parties are of the same sex and the law affords no discretion to public officials charged with granting marriage licenses. Therefore, any such refusal may be subject to criminal prosecution."