A Queens, NYC Sizzler is being sued over an alleged homophobic attack by a restaurant manager against a female customer, according to Lambda Legal, who is representing Liza Friedlander in the suit: 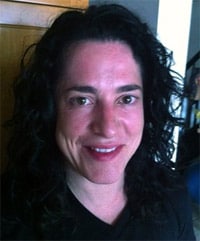 On September 18, 2010, Liza Friedlander and two friends went to a Sizzler restaurant in Forest Hills, Queens for the breakfast buffet. After paying, Friedlander served herself from the buffet. As Friedlander was walking back toward her table to join her companions, a Sizzler manager aggressively approached her. In front of other restaurant patrons, the manager began yelling at Friedlander, accusing her of not paying for the breakfast buffet. He violently shoved Friedlander in the chest, causing her to fall backward, and kicked her in the legs while yelling for her to get out of the Sizzler and calling her a "f**king dyke."

The Sizzler dining room quickly devolved into a threatening scene when patrons began terrorizing Ms. Friedlander, with Sizzler patrons screaming at her, spewing homophobic and hate-filled epithets. A male diner began yelling at Friedlander, calling her a "he-she freak" and demanding that she leave the restaurant. Another man threatened to take Ms. Friedlander outside and sexually assault her, threatening that he would show her "what a d*ck is." The man then threw objects at Friedlander. Finally, after police arrived, a battered Friedlander was taken by ambulance to a nearby hospital.

The manager involved denies the claims:

He described Friedlander as "violent from the start" and said she freaked out when the brunch period ended. "We told her she could continue eating from the buffet. She tried to hit me with her plate. I jumped back," Orellana said. "A customer grabbed her so that she would not hit me. I didn't touch her. I went to my office and called 911. I did not come out again."

According to Lambda Legal, "This case is the first test of the newly enacted bias crime law passed in August 2010 to hold individuals accountable for anti-LGBT violence and intimidation."