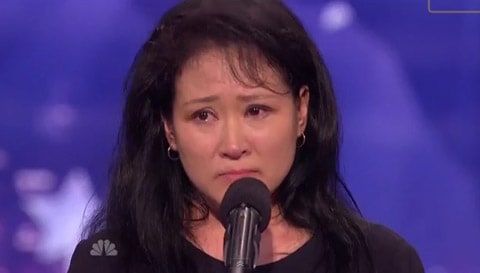 Cindy Chang is the latest contestant to blow the roof off America's Got Talent..

As a side note to the performance, Reality Blurred notes:

"But Cindy Chang is also an stage and screen actor who is a member of SAG, AFTRA, and AEA, and she has an agent, who promotes her on its web site and says she’s been singing since she was 8 years old. Her resume shows that she’s on the cast album for a production called Asphalt Beach, and she’s been in more than 15 stage productions and two films, including Baby on Board."

So, take the latest Susan for what you will.