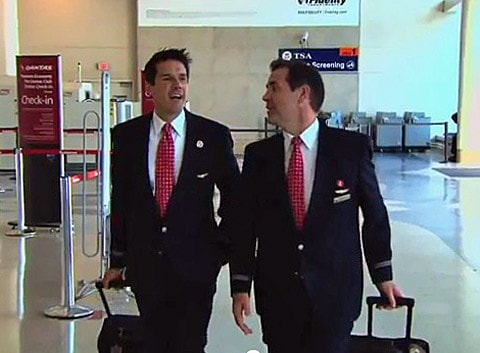 The cast for the new season of The Amazing Race has been announced and includes domestic partners Ron and Bill. IN addition to several teams of unknowns, the cast also includes Survivor winners Ethan Zohn and Jenna Morasca and a few other high-profile cast members, Reality Blurred reports:

The cast of 11 teams includes other “teams that have competed at a very high level,” Phil says in the preview below; that’s a reference to a team of Olympic snowboarders, Andy Finch and Tommy Czeschin; Zac Sunderland, who sailed around the world by himself at 16; and a former NFL player, Marcus Pollard.

Previous Post: « Equality California Rips Tony Perkins and the Family Research Council and its Ties to the KKK: VIDEO
Next Post: Matt Bomer to Play Cheyenne Jackson’s Husband on Broadway? »