NYC gay sports bar Boxers wants to open a new bar in Hell's Kitchen, and some folks are complaining. 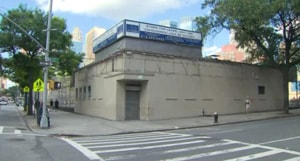 Owners of the popular Chelsea hangout on West 20th Street want to open Boxers HK in a building at 776 10th Ave. — right around the corner from Sacred Heart School and right next to the playground of PS 111.

The building Boxers wants is within 200 feet of Sacred Heart — too close under zoning laws — but the owners want to subdivide the place so that the bar itself sits just outside the mandated limit, neighborhood sources said.

WPIX reports that there is also a restaurant that serves liquor right across the street, as well as a liquor store.